Turkey Vultures are “gross-ly” under appreciated 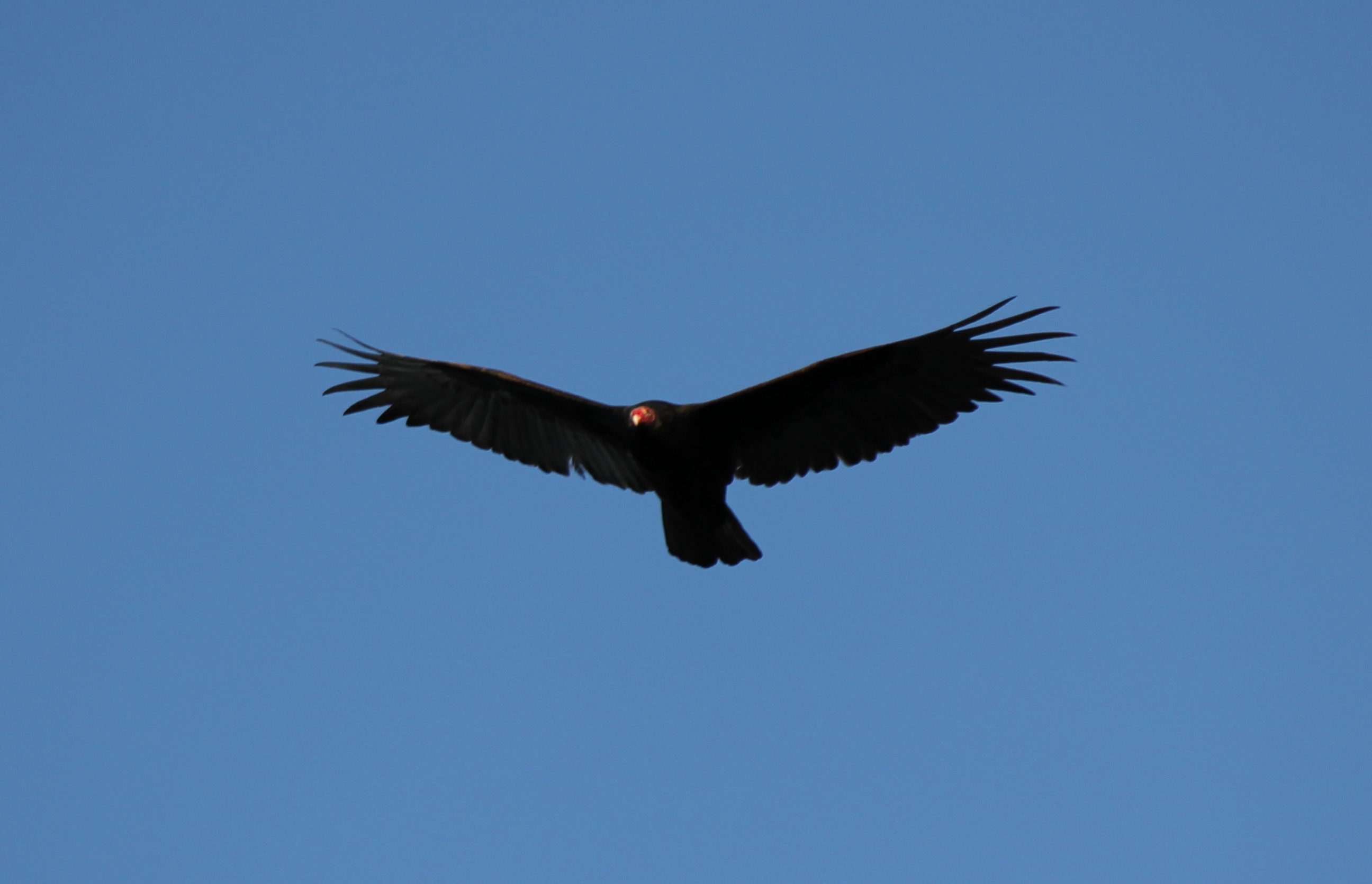 Allow us to explain why. First, they clean the Forest for us! In the absence of vultures, rotting meat would be consumed by other creatures that many humans find undesirable, such as maggots and bacteria. Most people would prefer one vulture over millions of bacteria or several pounds of maggots.

As a large bird, they are easily spotted making lazy circles in the air, often tilting from side to side with others. They are migratory in Nebraska, heading south in the fall, conserving energy as they ride thermals in the air. Adults have a bright red featherless head, and young birds have grey heads, which is how they got their names.

Turkey Vultures have the best sense of smell of any bird, so good that they’ve helped natural gas companies detect gas leaks. Natural gas contains the same chemical found in a dead animal, which attracts the vultures to the leak. Some people are even looking into using Turkey Vultures’ sense of smell to help first responders find people trapped after a major disaster. Their unbeatable sense of smell could save your life one day.

Vultures are an ecologically vital group of birds that face a range of threats. Populations are under pressure internationally, and some species are facing extinction. So how can we sustain Nebraska’s Turkey Vulture population?

We see a dozen or so turkey vultures come through our rehabilitation program each year, with car collisions being the top reason for admittance. As they feast on roadkill on highways, they are sometimes too slow to fly away safely, so slow down for roadkill. We also see them with electrocution issues and lead poisoning.

Turkey vultures in our care will also eat leftovers – food fed to other raptors that hasn’t been eaten. Nothing ever goes to waste when we have Turkey Vultures on hand!

At Fontenelle Forest, anyone can learn about vultures from Helios, our Turkey Vulture ambassador who lives in the Raptor Woodland Refuge, but we also have two educational vultures: Squirtsey, who lives at the rehab center and does programs in the Lincoln Metro area and Sundance, who previously resided in the Grand Island area.

Sundance will soon reside at Fontenelle Forest and join
our other educational hawks, falcons, and owls in
programs throughout the state.

Sundance entered life as an educational ambassador in 2003 as a youngster when he was found between the floors and walls of a collapsed and abandoned building. Although he was fostered by adult Turkey Vultures and released in the wild, he soon began returning to the recovery program looking for food. It became obvious that he was a human imprint, meaning he never learned self-awareness as a vulture, and it would not be safe for him to be released again.

On Saturday, September 7th, we will be celebrating International Vulture Awareness Day to help spread the message of the Turkey Vulture. Come meet one up close and help us celebrate these misunderstood birds!