So…What Became of the Nebraska Phase People? An Archaeological lecture with Rob Bozell 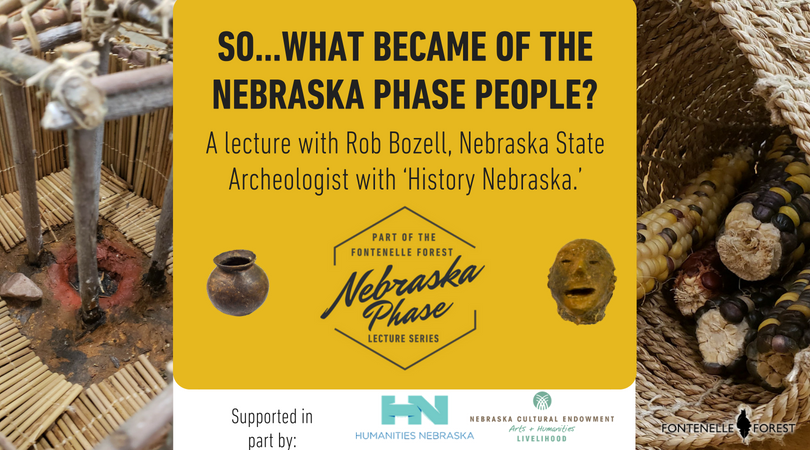 An Illustrated lecture focusing on theories about the fate of the Nebraska Phase people and the emergence of known Nebraska tribes such as the Pawnee, Oto, Omaha, Ioway, and Ponca.

Rob Bozell is the Nebraska State Archeologist with ‘History Nebraska.’ He received an MA degree in anthropology from the University of Nebraska-Lincoln and has been actively involved in archeological research and cultural resource management in Nebraska and surrounding states for 40 years. His research interests include: late pre-contact and post-contact Native American archeology; subsistence and environmental change; fur trade archeology; repatriation; and tribal consultation.

Sponsored in part by Humanities Nebraska and the Nebraska Cultural Endowment.