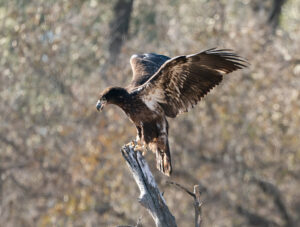 In early September, this second-year bald eagle was found on a riverbank near Hoskin, Nebraska. Unable to fly, emaciated, with her eyes crusted over with fowl pox, she was brought to Fontenelle Forest Raptor Recovery where she was given a chance to rest and heal – something that most likely would not have been able to occur in the wild. On October 30, we had the honor of releasing her back into the wild at DeSoto Bend National Wildlife Refuge (NWR).

What is fowl pox? Fowl pox is a mosquito-borne virus that causes crusty lesions on the face and feet, and it can be fatal. The eagle was stabilized with fluids and food and then were able to begin treatment.

On October 30, the eagle was released at DeSoto Bend National Wildlife Refuge located along the banks of the Missouri River in Iowa and Nebraska. This location was chosen because at this time of the year, eagles are following the annual geese migration. Barring the presence of parents, the best place to release a young eagle is with a group of mixed ages. She will learn to hunt from other eagles around her, giving her the best chance for survival.

To date in 2020, we have received 24 eagles, both bald and golden. We are the only permitted statewide raptor recovery program in Nebraska, caring for over 500 raptors each year.

Fontenelle Forest Raptor Recovery relies heavily on donations to save raptors like this young bald eagle. If you would like to help, please consider making a donation today. 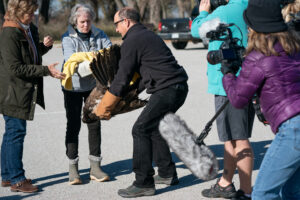 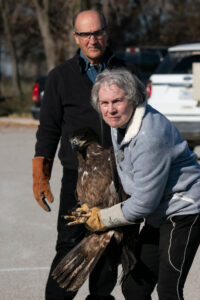 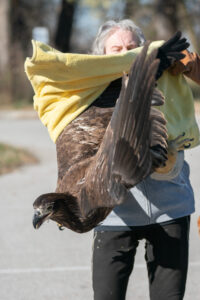 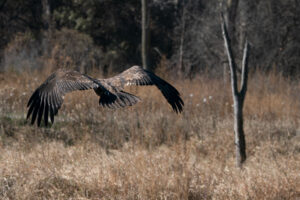 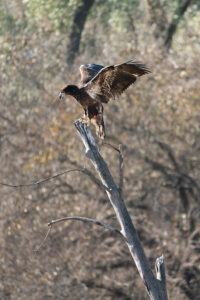 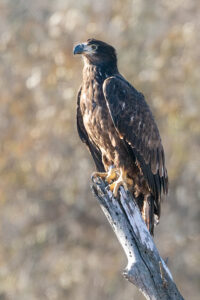