What’s in a Wetland? 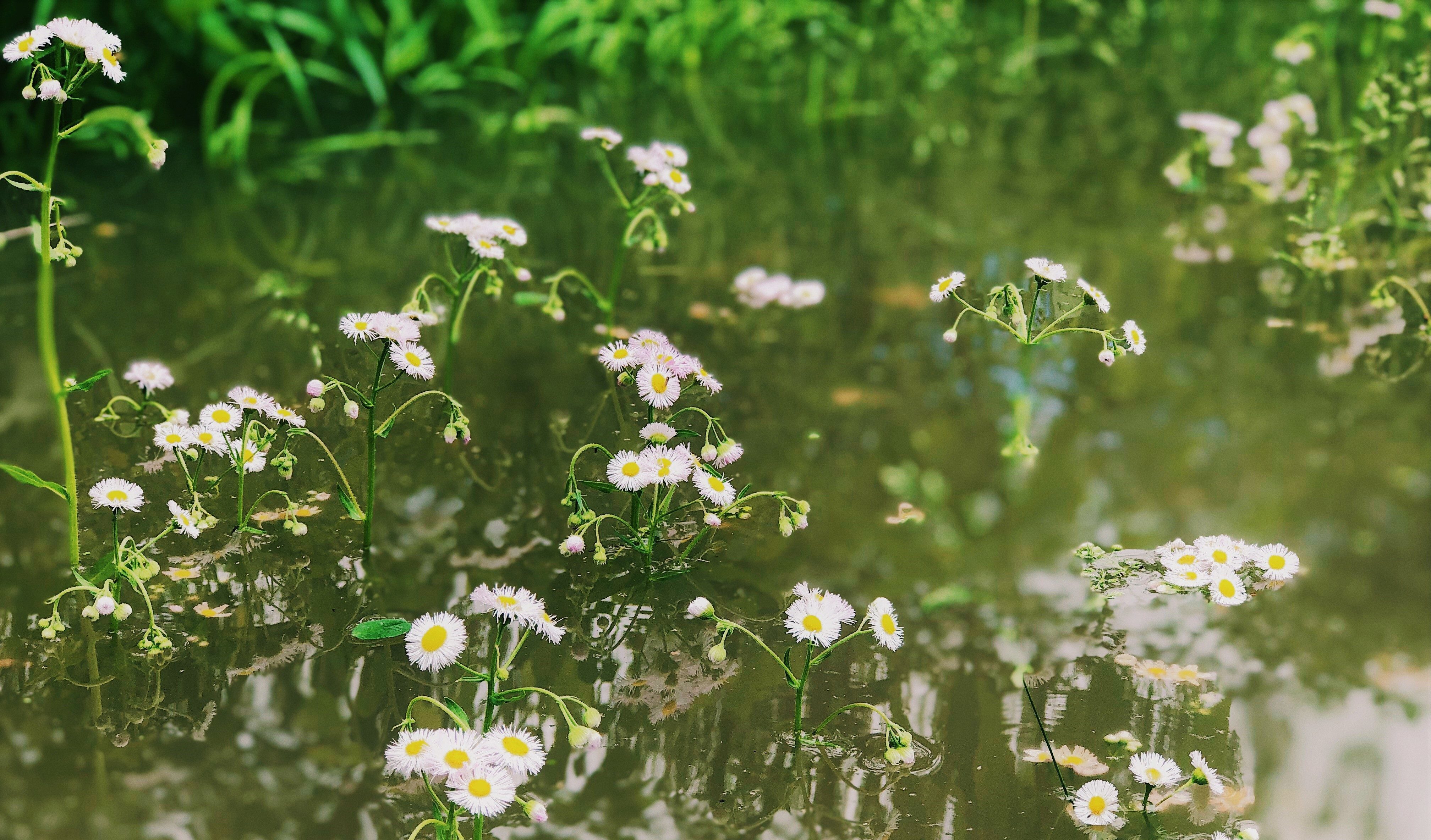 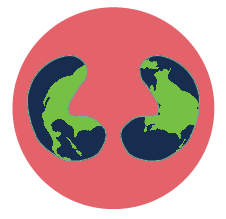 Wetlands are often referred to as the “kidneys” of the earth, and for good reason. Just like our own body, the earth as a whole is a functioning unit, with each part or “organ” playing an influential role in its prosperity.

Just as kidneys filter out waste from our blood, wetlands act as a giant filtering system, trapping pollutants and purifying toxins from our ecosystem.

“Wetlands are an integral part of human life, providing a filtering service, some flood and erosion control, and a source of enjoyment for people and other animals,” says Michelle Foss, Manager of Stewardship and Research at Fontenelle Forest.

Plants growing in wetlands, along with the surrounding soil, absorb toxins through their roots, according to Foss. The toxins are held in the soil or the plant until they are diluted and released in a slower manner. Because of this, make sure that you don’t eat plants from recently flooded wetlands.

This is invaluable because once this flooded water finally becomes groundwater or enters the water supply after passing through a wetland, it has been naturally filtered and is much, much cleaner.

Wetlands also function as a breeding ground for a variety of wildlife and a rest stop for migratory animals. Have you ever seen pelicans flying overhead in Nebraska? They are stopping in our local wetlands along their migratory route. (You can see them twice a year at Fontenelle Forest.)

Effects on the Missouri River Basin

Aside from functioning as a filter for toxins and waste, wetlands act as a much-needed buffer between bodies of water, in this case, the Missouri River, and human settlements in floodplain areas like some Bellevue and Omaha neighborhoods.

Fontenelle Forest’s wetlands “allow for the [Missouri] River to go where it wants to go without causing as many problems,” says Foss.

“Our wetlands are what keeps our water healthy,” Foss says. Since most drinking water in Omaha comes from the Missouri River, wetlands’ ability to filter contaminants “only helps our water filtration system.”

What can you do about it? 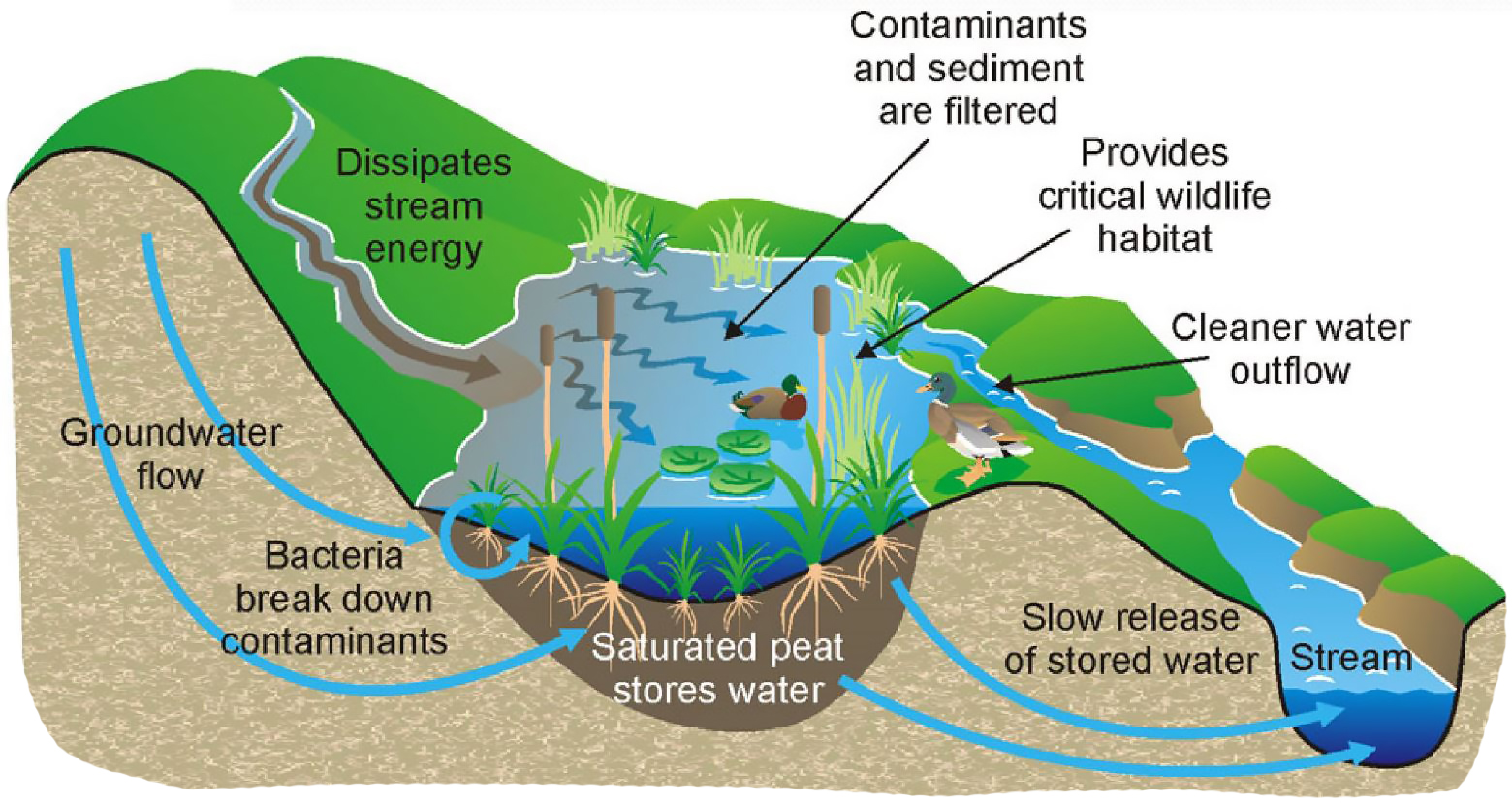 Wetland acreage has decreased by a staggering 53% from 1780 to 1980, according to the US Fish and Wildlife Services. Without widespread understanding of this ecosystem, wetlands will continue diminishing.

This is primarily due to human development, as people love living close to water, more settlements are being built over wetland areas, and cities are expanding over floodplains to our own detriment. Since concrete cannot absorb water like soil can, this means that the effects of flooding in these areas will only be magnified. Additionally, channelization of the Missouri River that started in the early 1900s has significantly decreased the surrounding wetland areas.

To help preserve this ecosystem, Foss encourages everyone to educate themselves about wetlands. If you are ever in a position to wonder, “Do we need this wetland?” the answer is yes! It can be tough for humans to understand that the best thing we can do as communities grow is to simply leave wetlands alone and let them work for us.

More tangibly, you can responsibly use recreational sites, donate your time through volunteering, and donate your money, if possible.

“It costs money to protect and preserve land, whether it be wetlands or forest or prairie,” Foss says. “There needs to be a dollar amount associated with anything that people do because that’s how things are valued.”

The driving force behind a decrease in wetlands is simply a general lack of understanding. Why invest in preserving something you don’t understand?

Foss sees Fontenelle Forest as a means to combat this lack of understanding, creating an opportunity for people to explore the wetlands and discover firsthand what wetlands are all about. In doing so, we can more fully comprehend their indispensable value to humans and the natural world alike. When programming begins again, trails open, or volunteering in our wetlands commences, take it as an opportunity to educate yourself and the next generation.