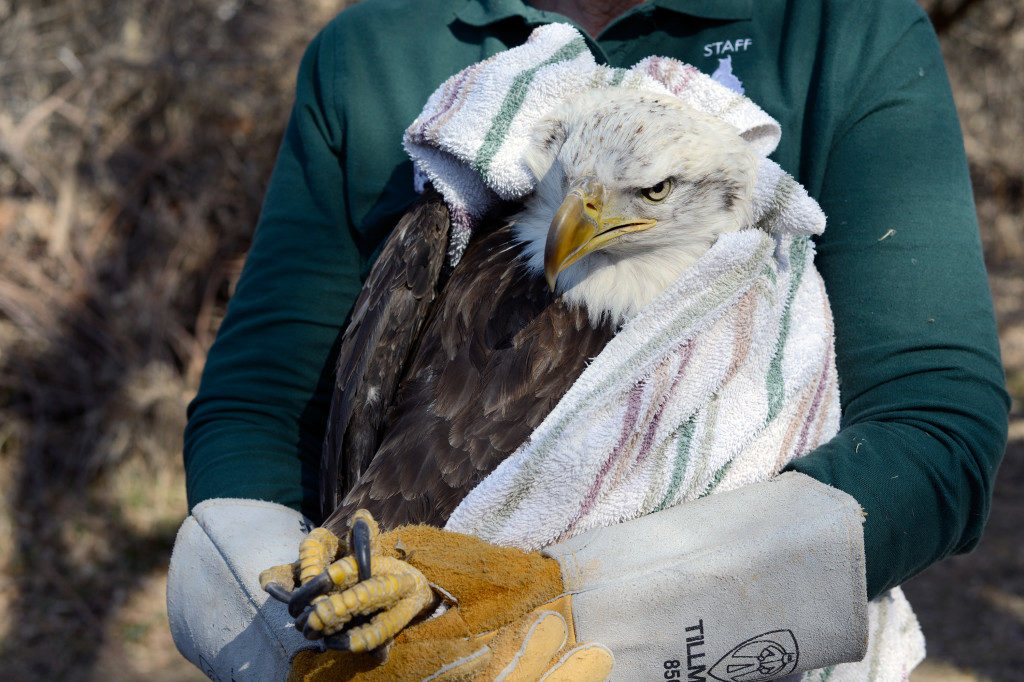 Lead is a material that has a long-standing history of use by people for a variety of different applications. For thousands of years it has served purposes such as decorative sculptures, cooking utensils, water pipes, and, more recently, inexpensive ammunition. Over the past few decades, the practical applications of this versatile element have been called into question due to the severe health concerns that it can cause. Humans are not the only organisms that have been negatively impacted by toxicity related to lead, as there are many animals that unwittingly are exposed to lead that may be left in their environment after we are finished with it.

In 1991, a nationwide ban on lead ammunition for use in waterfowl hunting was enacted in response to high levels of lead poisoning that were found in waterfowl populations. Ducks and other aquatic birds would accidentally ingest lead shot that had fallen into the water, thinking it was food or grit that they need for digestion. While this ban has helped decrease lead-associated issues in wetlands, the problem of lead poisoning still persists in upland regions throughout the country. Lead toxicity is commonly seen in scavengers that take advantage of any free meals that they can get. Field-dressed carcass leftovers from hunters are irresistible to a carnivore that isn’t picky, but many times these leftovers contain lead fragments that are left over from the ammunition that was used. It only takes a very small amount of lead to have a catastrophic reaction in these animals, so many of them perish from this free meal.

Here at Fontenelle Forest and our Raptor Recovery center, the evidence of the negative impact of lead on local wildlife is abundantly clear. Every year, eagles and other scavenging birds of prey are admitted into our intensive care unit that exhibit signs of lead poisoning. Between the years 2005-2014, a total of 143 Bald Eagles were admitted to the Raptor Recovery center, of which 17% showed symptoms and tested positive for lead poisoning. These symptoms may include listlessness in typically alert birds, poor balance and coordination, lack of appetite, severe weakness, and greenish feces.  Sometimes raptors are admitted that are very ill and exhibit more severe symptoms such as head tilting, blindness, and convulsions. In most cases, these raptors would die in the wild without treatment from trained rehabilitation staff.

The good news is that everyone can help decrease the impact that lead has on local wildlife. For those that hunt, there are a variety of lead-free ammunition alternatives that can be used when hunting, eliminating the risk of toxicity if it is ingested by raptors and other animals. For anglers, making sure that all of your tackle is lead-free will help prevent the persistence of lead in our waterways. Educating your fellow hunters and anglers about the ecological risks associated with lead can go a long way toward creating responsible and sustainable practices that benefit future generations of outdoor enthusiasts.

For those that neither hunt nor fish, if you see a raptor that is distraught or exhibiting signs of lead poisoning, call Fontenelle Forest’s Raptor Recovery or your closest raptor rehabilitation center to report it. You just might save the life of an otherwise healthy animal whose only mistake was snagging a free meal.