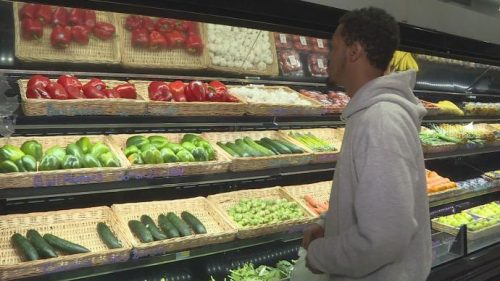 A family of community leaders are making community connections with a popular nonprofit.

For 105 years, Fontenelle Forest has been serving the community. Fair Deal in north Omaha wants to return the favor. It started six months ago when Kenneth White realized he was spending too much on food for the animals. Fair Deal agreed to cut them a discount.

“Usually when I shop here I’m still not spending more than $5. So almost half the price cut out from what I was spending at Walmart for literally the same things,” said White.

When it comes to buying apples, peppers and romaine lettuce for the animals – Kenny says every bit of money they save counts.

Kenny’s cousin Patrick is the store manager. Patrick realized the important role he could play.

“There was a need for Fontenelle Forest to get their budget down and I knew I could help with that,” said Patrick.

The fresh produce is taken from the store to Fontenelle’s kitchen where Kenny prepares it for the rabbits and turtles. But beyond helping the animals, Patrick and Kenneth hope their relationship shows other businesses and non-profits the power of partnership…