This week, we are promoting National Invasive Species Awareness Week – Advocacy and Education, which is part one of a two-part push to raise awareness about the detriment of invasive species. Every once in a while, you’ll hear about devastation from some pest or another in the news, but the reality is that invasive species are causing damage every day, all around the globe.

What, exactly, is an invasive species – a weed, bug, or disease? Yes and no. 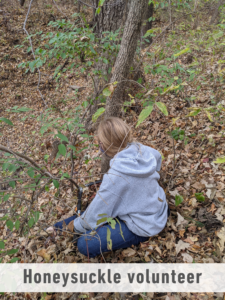 According to the National Invasive Species Council, a federal entity, invasive species are “an alien (non-native) species whose introduction does, or is likely to, cause economic or environmental harm or harm to human health.” (https://www.invasivespeciesinfo.gov/executive-order-13112-section-1-definitions) So, any living thing that “invades” a system and causes harm is considered invasive. Not all non-native organisms are invasive, and some native organisms, when overpopulated, can become harmful invaders. Plus, there are no “bad” plants or animals, just those who have taken advantage of a new home to the detriment of the natives.

There are different degrees of invasiveness, and this helps land managers and regulators triage responses. In the early stages, invasives can be stopped (or at least slowed) through awareness campaigns. For example, the PlayCleanGo outreach program (http://ww

w.playcleango.org) emphasizes the need to clean off gear before leaving an area, such as brushing boots after hiking a trail which could possibly have hitchhiker seeds from invasive plants. This prevents invasives from spreading and causing damage in new areas. When there is an emerging issue, it may be feasible to eliminate, through different control methods. Once there is an established infestation, such as Fontenelle Forest has with tree of heaven and honeysuckle shrubs, the goal shifts from eradication to reduction and control of spread. 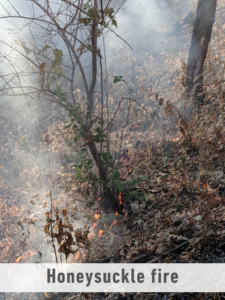 Being an urban natural area, Fontenelle Forest faces the challenge of multiple invasive species. Our oak savanna and prairie restoration programs focus on controlling the invasive plants to allow the native system to recover, while also reintroducing management techniques that mimic historical cycles, such as mowing to simulate grazers, and implementing prescribed fire. Our land evolved with these disturbance cycles, so when they were ended (displacement of large grazers/browsers and stopping fires), it was easier for invaders to take hold, and slowly break down the native habitats.

There are simple ways for everyone to help prevent and/or control invasive species! 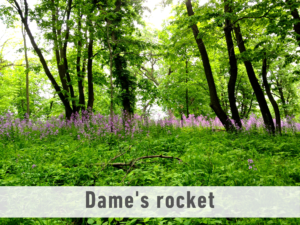 Some common ways they spread including hiking and gathering seeds that hitchhike on clothing, releasing non-native animals into the “wild,” transporting aquatic life in/on boats and other watercraft, and even intentionally planting them. Knowing what could be invasive in your area, and finding landscaping alternatives, is a simple way to prevent introduction. Cleaning gear after recreating outdoors is also a great idea. Following any agriculture/natural resource product quarantines is not only the law, but helps to prevent the spread of known invasives – for example, emerald ash borer. While this insect can spread without the help of humans transporting infested firewood, it’s much easier to control when the spread is slower.

Since the only living things who recognize geopolitical boundaries are humans, invasive species control is regulated at all levels, from local to national, and even international, in some cases. Understanding the “why” behind these regulations, and realizing that they don’t cover EVERY invasive, can go a long way towards making a difference in sustaining habitats. Invasive plants are more than just weeds; they can devastate a landscape. Invasive animals are more than just pests; they can decimate entire species in an area. With a little knowledge and care on our part, we can help protect and improve our environment from invaders.

Please be a good steward of our community and the earth. Stay informed about local invasive species and do your part to help control the spread. Thank you!

Watch for Part II (coming May 18-22) – where we will focus on identification and what to do when invasives have already taken hold.