Monday, October 12th is Indigenous Peoples’ Day, which celebrates and honors the histories, cultures, contributions, and resilience of contemporary Native peoples. Did you know that Fontenelle Forest has a rich indigenous history, including our very namesake Logan Fontenelle?

Thanks to research and the collection of historical information, we know that people lived along the rivers and on the plains of North America for many centuries prior to European contact with the continent. History of the land we now call Fontenelle Forest speaks shares much insight into the indigenous peoples who lived here. 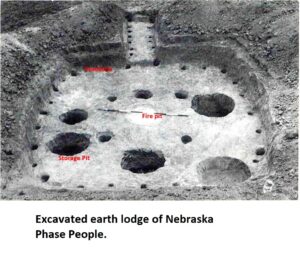 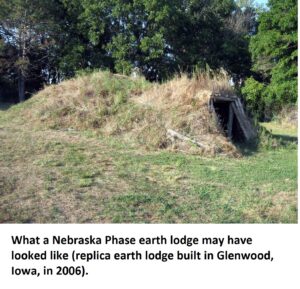 Archeologists have documented the presence of the Nebraska Phase People living here from approximately 1050 to 1435 A.D., just about the time that European explorers were arriving. We know these people lived successful lives in this very location for about 250 years.  They used the resources of the environment that surrounded them, the rivers, forest, prairies, and their own cultivated gardens. The artifacts that remain tell stories of hunting, fishing, farming, cooking, and a variety of cultural activities – all a testament to their successful life.

Other tribes of indigenous people, including the Omaha, Pawnee, Oto, Ponca, and Osage also lived a sustainable way of life on what is now Fontenelle Forest land. Their ingenuity in utilizing the valuable assets of the bison found on the vast prairies enhanced their lives. Changes would occur as Europeans moved westward and tensions arose between these various cultures. 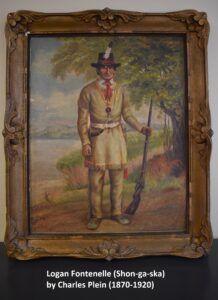 In 1828, a French-American trader from New Orleans, Lucien Fontenelle, purchased the now-famous trading post along the Missouri River. The trading post, established in 1822, had been previously owned by the Missouri Fur Company. Items such as beads used for trading with Indians, flintlock – rifle, dinner plates, and buttons were sold at the trading post. Lucien later sold the post to the U.S. Office of Indian Affairs. They were agents to the Indian tribes in the area – Omaha, Pawnee, Oto, and Missouri. After selling the post, Lucien moved less than a mile down river and built a new house for his family. Nebraska State archeologists excavated that site in 1972-73 and found the foundation for six buildings on what is now Fontenelle Forest property.

Lucien Fontenelle married Me-um-bane (Bright Sun), daughter of the famous Omaha Indian chief Big Elk, and they had five children. Their oldest child, Logan Fontenelle (Shon-ga-ska, meaning White Horse) for whom Fontenelle Forest was named, grew up amongst the Indian culture but also maintained his French-American heritage. He learned to read, write, and speak English, eventually becoming a liaison and interpreter between Indians and the U.S. Government. By 1850, Logan Fontenelle was a well-established and highly respected member of the native community, assisting in Omaha negotiations with the United States for land cessions. 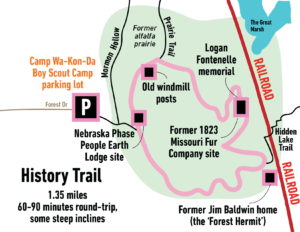 In 1855, Logan Fontenelle was killed during a buffalo hunt with his own Omaha tribe by a Sioux Indian hunting party along the Elkhorn River. Logan’s exact gravesite is unknown, but memorial markers for Logan and the Fontenelle family can be found in what is assumed to be the general proximity of the original home, which can be found just off History Trail.

You can immerse yourself in this history and more by hiking History Trail on your next visit, a 1.35 mile loop that begins at Camp Wa-Kon-Da. You will find markers for Earth Lodge sites of the Nebraska Phase people who lived and thrived hundreds of years ago, pass the French Trading post where the Fontenelle Family lived, and see memorial markers for the Fontenelle family.

Fontenelle Forest invites you to help us celebrate Indigenous Peoples’ Day by taking a hike on History Trail!

You can read more about some of these partnerships through the links below: