It’s hard to believe that one year ago we were scanning the forest for the telltale signs of Brood IV or the Kansan Brood of the 17 year Periodical Cicada emergence. We looked for the first dime sized shaped holes which would herald the beginning of one of nature’s most amazing phenomenon. Looking over the lower vegetation while we walked for the sighting of a last molt or exuviae and the newly drying teneral (brand new adult) was a daily excursion, as was listening for the buzzing mating song of one of the three species of Periodical Cicada (otherwise known as Magicicada) that make up this brood. 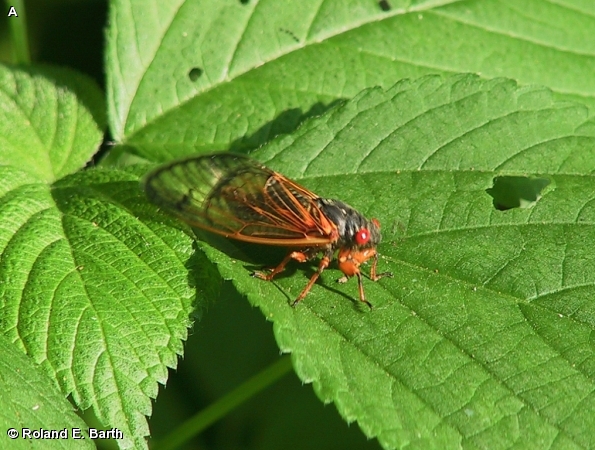 We were very fortunate here at Fontenelle Forest when one of the foremost experts on these insects, Dr. John Cooley from the Simon Lab at University of Connecticut stopped by as he was crisscrossing the states recording data, and gave a couple of lectures during our “CicadaFest 2015“ celebration. He also led a number of hikes and was extremely informative. In anticipation of this event, I researched any information on what had occurred here at the forest as far as the Brood IV emergence was concerned. I found very little recorded data for the last emergence here in 1998, so we really didn’t know exactly what to expect, other than they were noted here at the main center and at our Neale Woods property. Luckily however, there was one bit of treasure that Roland Barth (long-time volunteer and Naturalist) and Craig Hensley (past Director of Education) had recorded from the past, Roland through photography and Craig through collecting of specimens and communication with the Simon Lab at University of Connecticut. This consisted of an odd emergence of some of the Brood IV individuals, albeit in much lower numbers (not known) in June 2002. This straggler emergence, as they are often called, was a mere 4 years after the last major emergence in 1998. 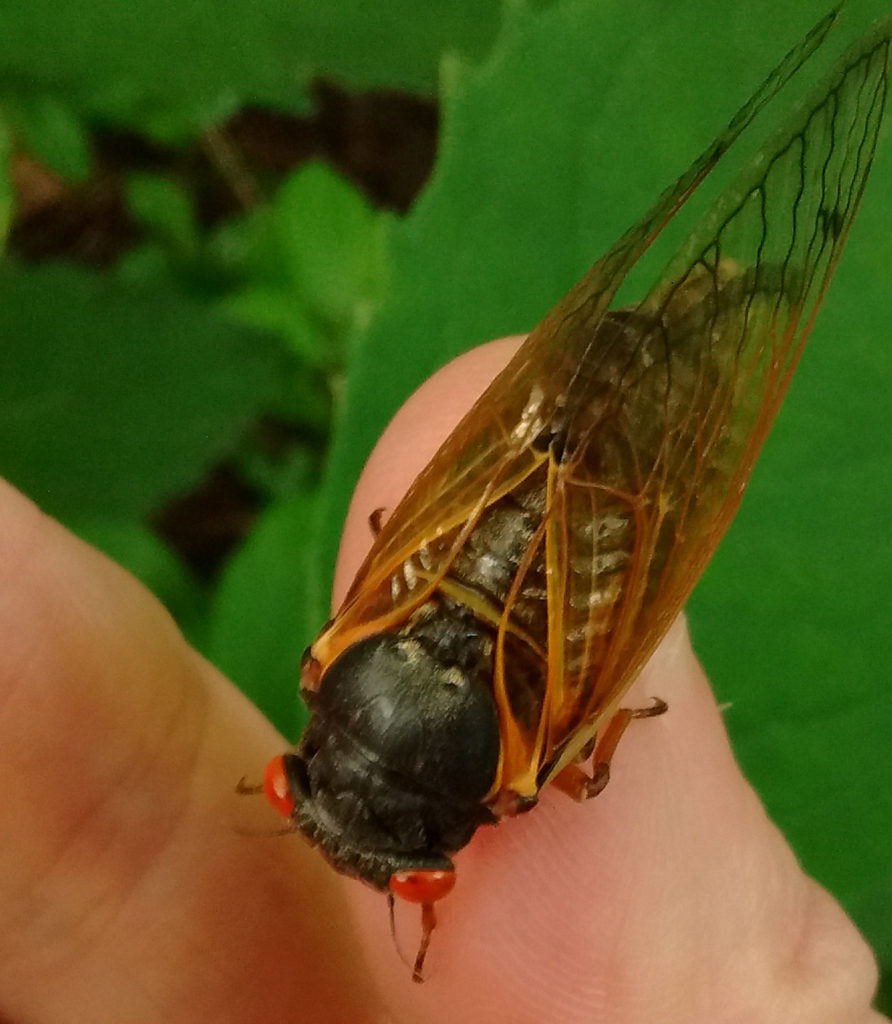 According to the Simon Lab and current research, when a brood begins to have these late 4 year straggler emergences, it is an indication that a new population is beginning to break from the main brood to eventually become a 13 year cycle population. Eventually, these stragglers would totally separate from the original Brood (as far as time is concerned), becoming a new independent population emerging on a completely different time plan than the mother Brood IV. How long this takes no one knows, that is why collection of this information in the future is so important. Scientists hypothesis the reason the Periodical Cicada do this, is to increase the survival rate of the 3 Magicicada species which make up the Brood. This is done by creating new time sequenced populations with large prime number life cycles (hard for predators to sync to) as well as the evolution of the enormous synchronized emergence numbers (> numbers = predator satiation). The true 17 year emergence called Brood IV occurred last year. So, if this straggler group shows up again 4 years late, it will be in the year 2019. If I am lucky enough to still be here, I and others will go walking the properties of Fontenelle Forest beginning in early June through July in 2019, looking and listening. If the stragglers appear, we will certainly know this strange population separation is possibly happening here. 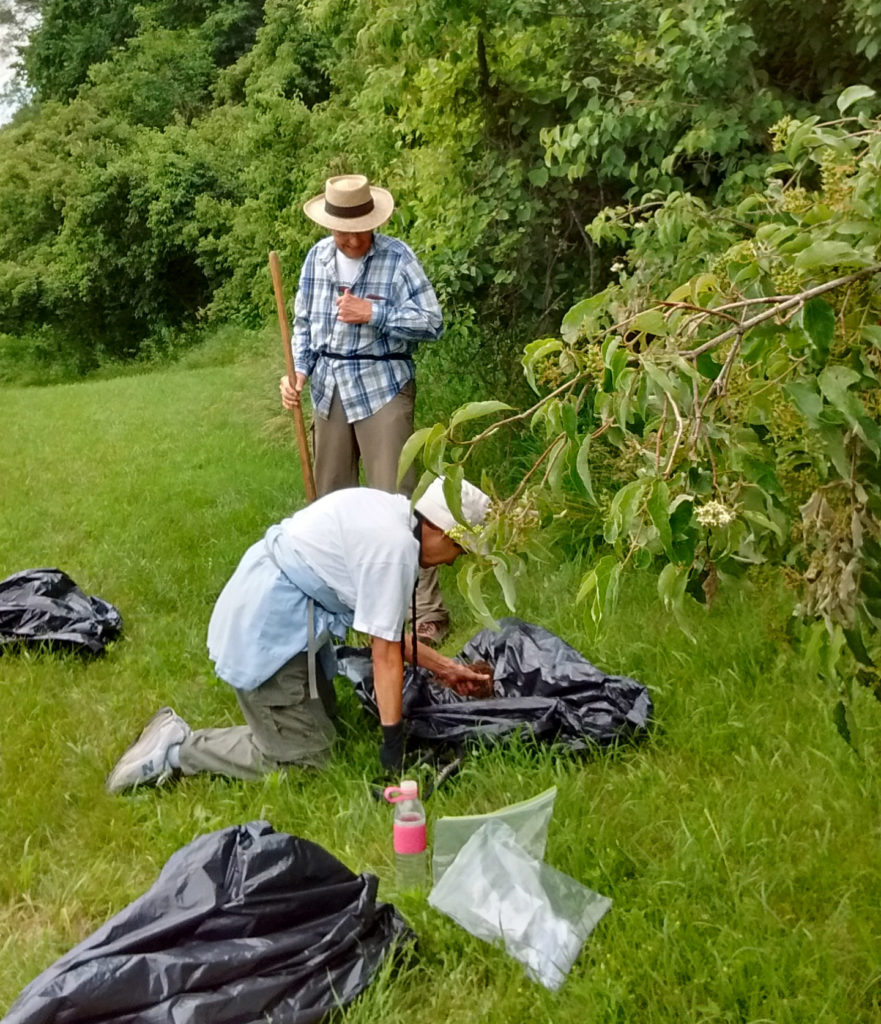 A large amount of data was collected during this last 17 year Brood IV emergence, not only by Fontenelle Forest staff, but by many volunteers and a large number of the public who participated in recording sightings and reporting them to the main collector of data, the Simon Lab at University of Connecticut. This was done through well-organized Citizen Science projects. Some of the new information we learned was that the population of Brood IV Periodical Cicada’s numbers here at the main building property are very low (remember, their survival depends on huge numbers), and according to Dr. John Cooley, we may be witnessing an extinction event at this specific location. Since numbers were so low during this emergence here at the main location, if enough adults did not survive to breed, then the next emergence may be hopelessly small, or not existent. 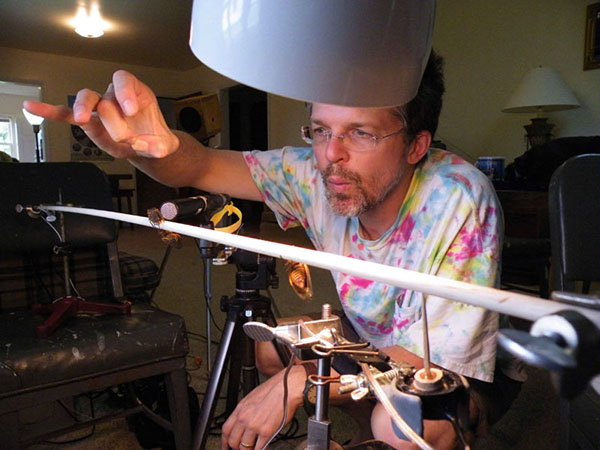 Our Neale Woods property is in much better shape. Brood IV emerged there with a huge bang, healthy emergence numbers were recorded and this no doubt will ensure a good emergence in 17 years in the year 2032. We also need to be aware of the straggler group, to watch for this emergence in 4 years  at all our properties in 2019, and monitor it into the future. Hopefully someone will carry this research on. The sad thing about being so interested in these insects, is you usually only see any particular Brood either every 13 or 17 years (3 – 13 year Broods and 12 – 17 year Broods). I may not see the next Brood IV. Hopefully some young Naturalist at Fontenelle Forest will recognize their importance and pick up the Magicicada gauntlet.