Fontenelle Forest is adding an eagle enclosure, thanks to Mannheim Steamroller founder 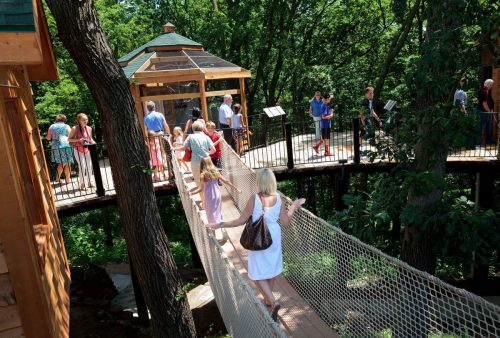 Fontenelle Forest has broken ground on the final installment of its Raptor Woodland Refuge exhibit.

A new eagle enclosure, or mew, will be able to hold up to two eagles when completed by mid- to late April. Officials expect to have an eagle in the mew by October or November.

The new mew will be just over twice the size of any of the refuge’s current enclosures.

The refuge opened in July 2016. The new mew will mark the completion of the project.