“The Loess Hills Man: A Giant or Folklore?” A gentleman’s conversation between a tribal traditionalist and an anthropologist 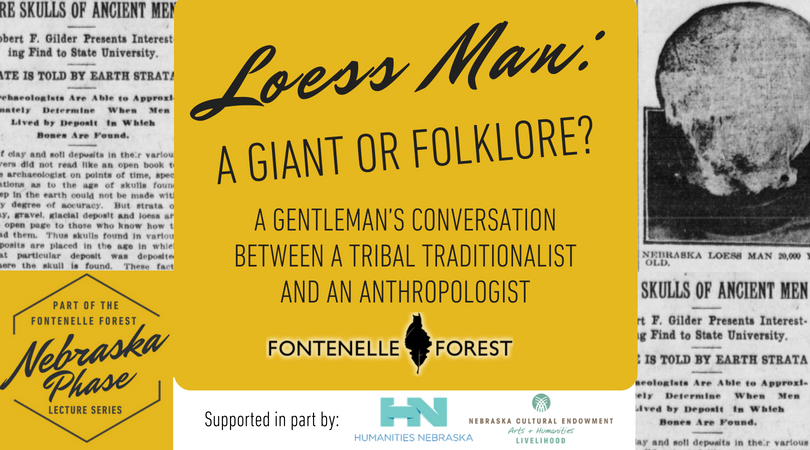 A gentleman’s conversation between a tribal traditionalist

Join Rob Bozell and Taylor Keen as they debate the validity of The Loess Man, a turn-of-the-century theory that famed local archaeologist Robert F. Gilder coined. Learn why archaeologists debunked this theory of a missing link between man and primate found in Nebraska, and why a tribal traditionalist thinks there is more to the story.

Taylor Keen is a teacher, community builder, and Native American thought leader based out of Omaha, Nebraska. He is a member of the Omaha Tribe and the Cherokee Nation, attended Dartmouth College (BA) and Harvard University (Masters of Public Policy, MBA), and enjoyed a successful stint in corporate America before returning to Nebraska to teach entrepreneurship and management at Creighton University.

Rob Bozell is the Nebraska State Archaeologist with ‘History Nebraska.’ He has an MA in anthropology from the University of Nebraska-Lincoln and is actively involved in archaeological research for 40 years. His research interests include: late pre-contact and post-contact Native American archaeology; subsistence and environmental change; fur trade archaeology; repatriation; and tribal consultation.