Free for members or with daily admission. 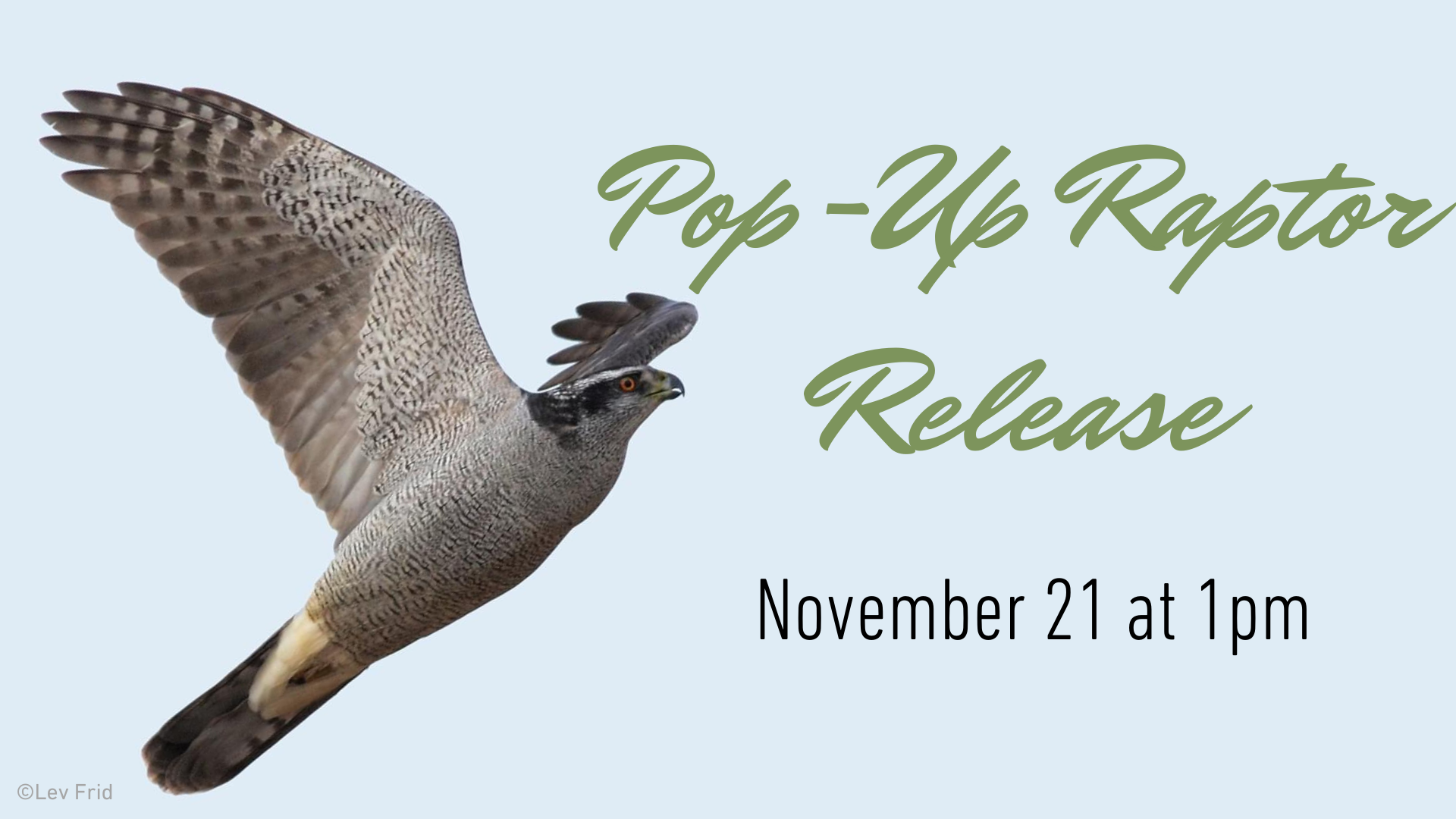 Northern Goshawks are the big cousin of the common Cooper’s Hawk, which preys on birds at backyard feeders. Goshawks are Accipiters (or forest hawks) with short wings, streamlined bodies and long tails for maneuverability. They are secretive and live in large tracts of forests and hunt for birds and mammals. Fontenelle Forest Raptor Recovery has received only 9 of these birds since 1976, so this bird’s successful rehabilitation and release is special.

The bird that we are releasing came into our care from the western part of Nebraska. The immature bird was found unable to fly, was moderately thin, and had a slight wing droop. After being in our care for approximately a month, this hawk is ready to be returned back to nature.

Betsy Finch, manager of Raptor Rehabilitation, will be on hand to answer questions about this species that is rare to Nebraska.

This event is free for members or with daily admission.