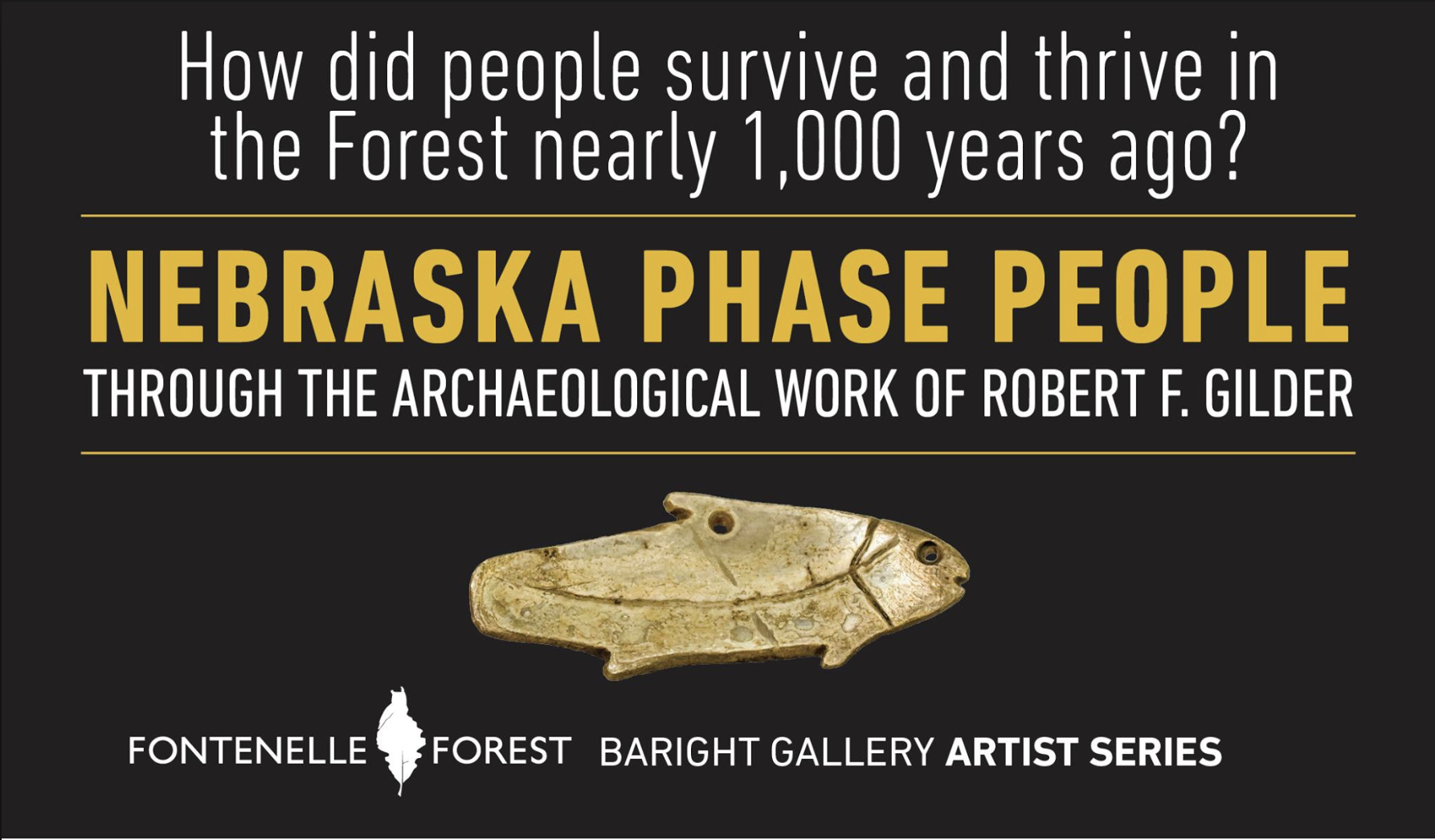 Join us to unveil an archaeological exhibition that has not been seen at the Forest since these artifacts were unearthed here nearly 100 years ago. There will be brief remarks, light food, and the opportunity to see this exhibition first!

Fishhooks, knives, and pottery shards were clues to the first archaeologists working to unlock the mystery of these early inhabitants. These artifacts were uncovered by Robert Gilder, who conducted the first comprehensive excavations in the early 1900s.

Gilder’s early career was as a printer for several Omaha newspapers but after his retirement in 1919 he devoted his full attention to painting and archaeology. His findings were published in journals from Harvard to Yale. He later served as chief archaeologist of the University of Nebraska Museum.

Learn more about Robert Gilder and the Nebraska Phase people at our gallery opening, and look for more lectures and programs about this exhibition at fontenelleforest.org.